In the newly renewed Ars Electronica center we visited two exhibitions Understanding AI and Global Shift. Understanding AI was very relevant for our research in the Machine Vision project find a detailed blog-post about it here. The Global shift was interesting from the Machine Vision project because it was a representation of sensing the Earths surface through various technologies and of course satellite images and satellite technology were very prominent in it.

Global Shift
Humans have made far-reaching changes to the natural living environment for their own purposes. Apart from the concrete wastelands and the refuse we produce, there are many other examples that testify to this. But it hasn’t always been that way.
https://ars.electronica.art/center/en/exhibitions/globalshift/ 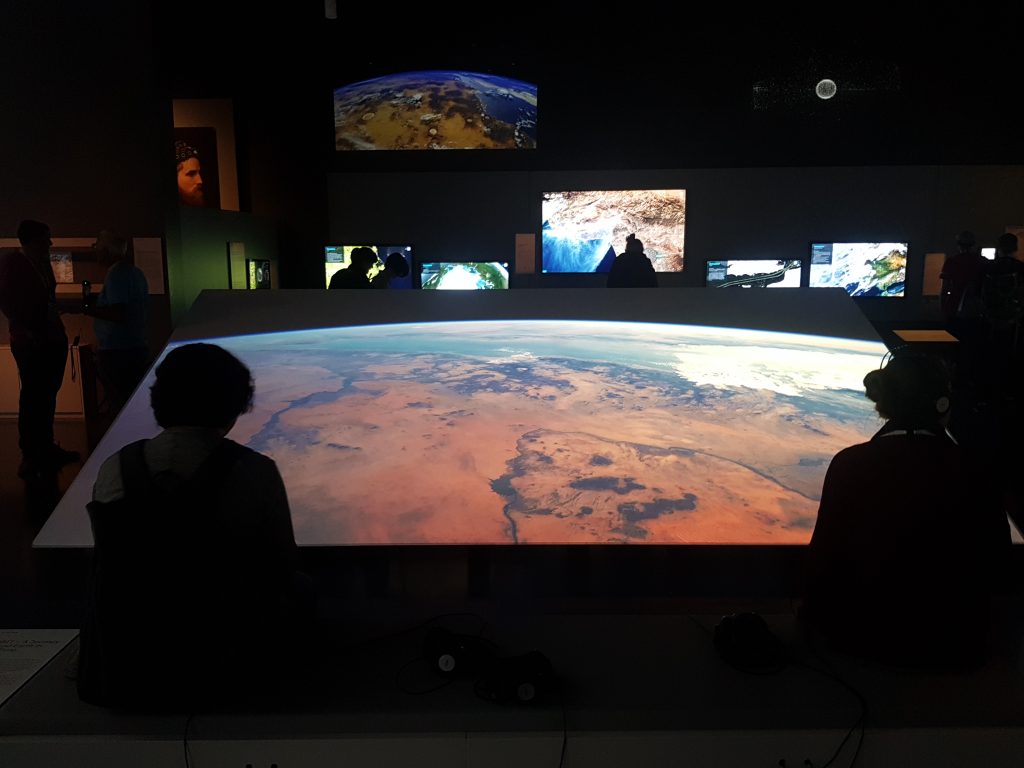 Several of the artworks in this exhibition was using satellite images and imagery from the orbit to “witness” the Anthropocene, how we humans have been shaping the Earth.

An impressive work, by Seán Doran, ORBIT – A Journey Around Earth in Real Time is a  real time video reconstruction of time lapse photography taken on board the International Space Station by NASA’s Earth Science & Remote Sensing Unit, was to be viewed on a huge high definition screen. This epic travel around the Earth talks about the beauty of the earth , however, it also implies the fragility of our ecosystem and how our current presence is the biggest threat to destroy it.

Terra Mars by SHI Weili is a imagination of Mars like Earth. The artist trained an artificial neural network with topographical and satellite imaginary from Earth and then applied it on topographical data of Mars. This remapping creates a visual improbable(?) hallucination of a new planet.

In terms of visualizing the invisible materialities of machine vision from the orbit two works were shown that map all the “stuff” humans have launched into space. Stuff in Space and Quadrature‘s Orbits visualize man-made objects in space, relating to discourses of satellite debris. 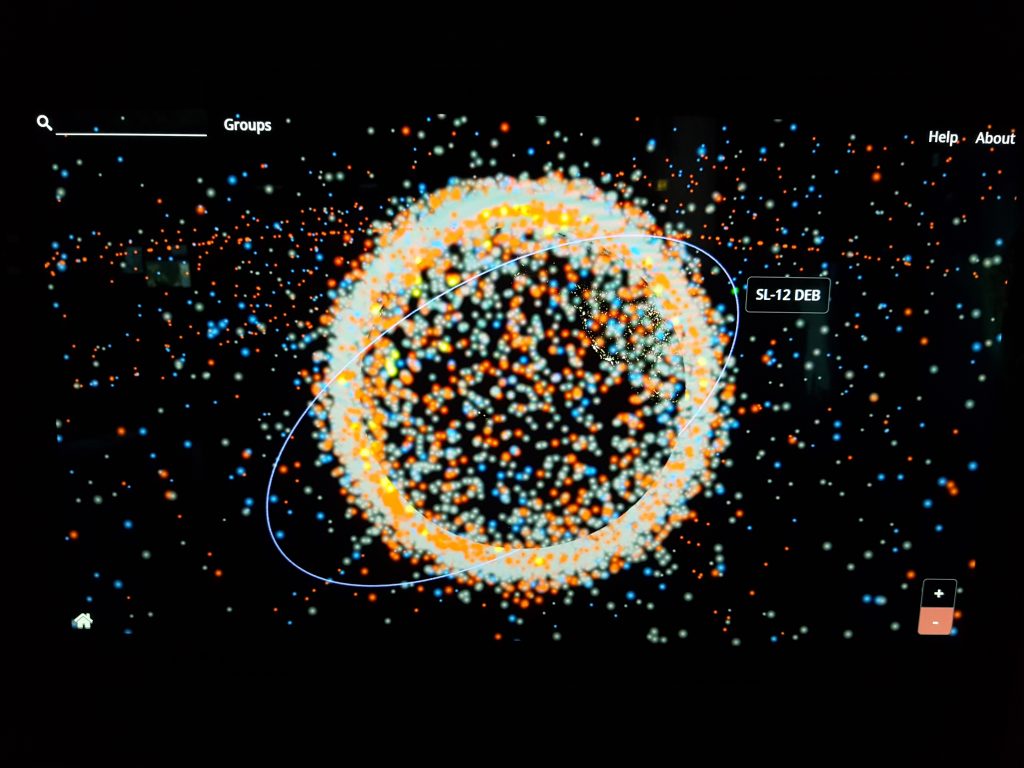 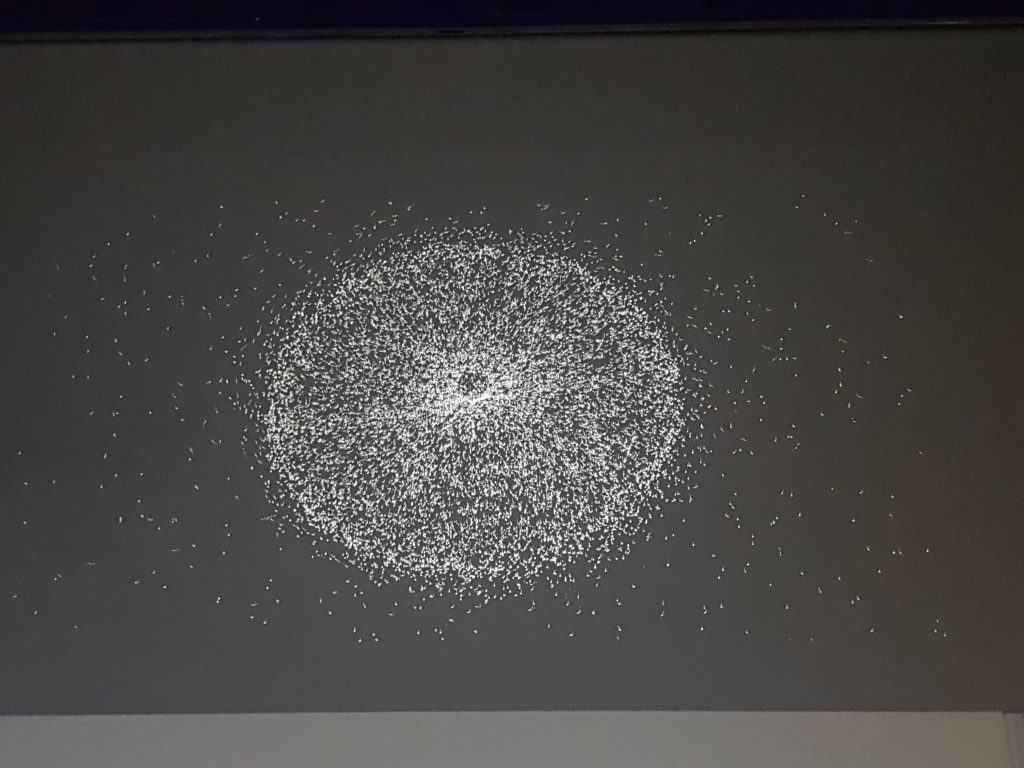 There was also a Digital Citizen part in this exhibition with e.g. Joanna Molls and Tactical Techs The Dating Brokers  a million online dating profiles from USDate which the artist payed 136 euros for. This “black market” of profiles including several images make me wonder if they end up fueling machine learning for face recognition. As Adam Harvey has shown in Megapixels the collection of training data is far from ethical or respecting the privacy of people. 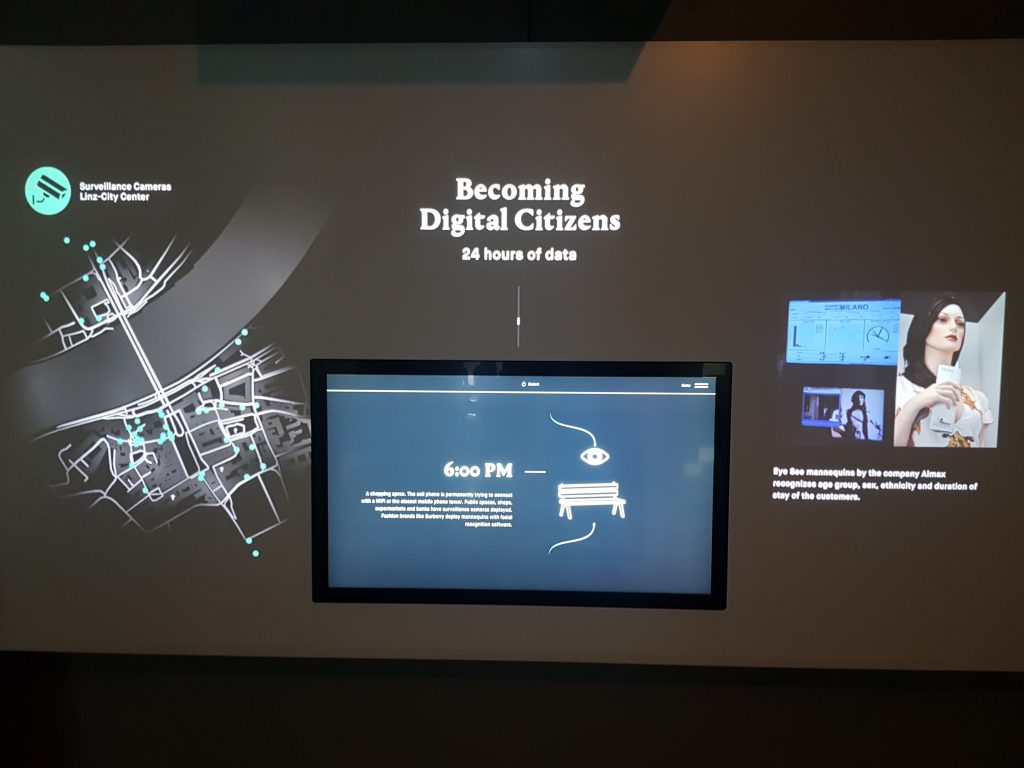 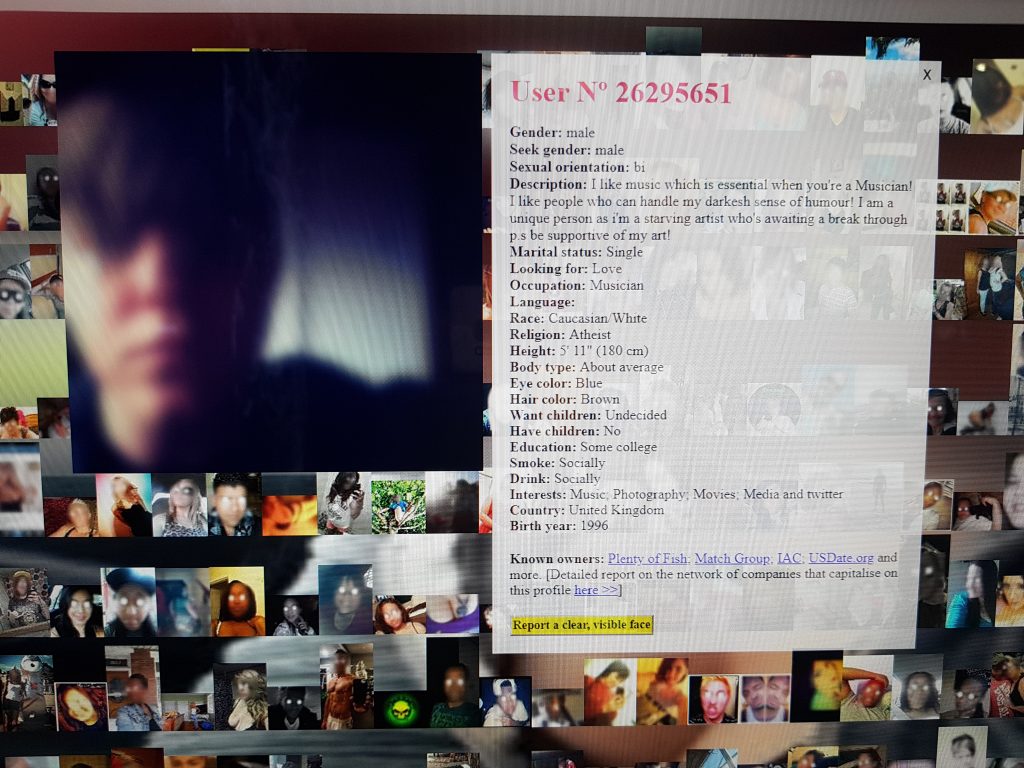