According to common sense, a system is a set of elements that are interdependent and in synergy to form an organized whole. Synergy implies cooperation or, in other words, “teamwork.” Water is a good illustration of this idea: hydrogen and oxygen separately do not form the water molecule, as it only exists when the two elements are in cooperation. In this sense, systemic thinking, contrary to the analytical reasoning, is contextual: here the relationships are fundamental to the understanding and viability of the system.

Systems theory began in the twentieth century with Russian thinker Alexander Bogdanov, but gained wider recognition with the research of Austrian biologist Bertalanffy, when he transformed general systems theory into a particular kind of scientific movement that could also be applied in a vast number of phenomena: the solar system, the academic system, the nervous system, among others.

To think of the field of arts in digital media from the notion of system means, firstly, to look at this creative practice from a procedural point of view: what matters is not what is given, but the field of relationships established between the work and the public, as well as the entire network of relationships that are manifested in the context of the arts in digital media: their modes of production, presentation and circulation; a living, constantly moving whole.

In this sense, the concept proposed by the 9th International Conference on Digital and Interactive Arts – ARTECH 2019, Digital Media Art Ecosystems could not be more revealing, as it recognizes the growing network of relationships and symbioses that involve this area of expertise and creation with different fields of knowledge, whether technological, scientific, philosophical, educational or artistic.

In this exhibition we present 37 artworks—including installations, musical and audio-visual performances—whose themes and topics such as environment, perception, identity, memory, as well as issues related to social and political issues, nonlinear narrative, data visualization, robotics, 3D printing, virtual reality and augmented reality, social networks, among others unquestionably materialize the concept of ecosystem proposed by the event.

The show is a network effort, a result not only from the work of members of the International Scientific and Art Committee, but also from the impeccable work of the local organization and of the show’s production and installation team. Last but not least, to hold this exhibition in Braga, elected by UNESCO the city of digital art, could not be better: the city is indeed the perfect embodiment of ecosystemic thinking, with its numerous events, festivals, research centers and universities.

May this show forge synergies and cooperation, both creative and intellectual, between the visitors and the numerous researchers, artists and academics present during these three days of the event. 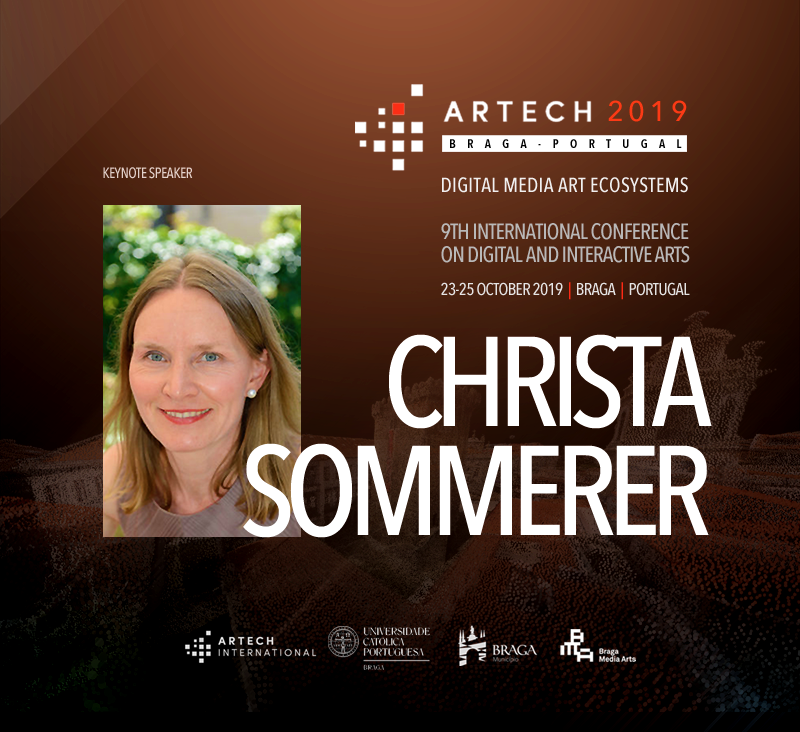 9 – Sophia Brueckner
Captured by an Algorithm, 2019

17 – Amalia Foka
The Invisible Structures of the Artworld, 2019

Just got a sneak peek at the fantastic page design for my forthcoming book with @stanfordpress. The book investigates automated forms of creativity across the human-nonhuman spectrum and now you can read the Contents and Abstracts for each chapter here: https://www.sup.org/books/extra/?id=34987&i=Contents.htm