In KairUs we often included a workshop to our research process. The first “Opening Museums” workshop was organized to acquire understanding of how young Chinese designers reflect on museums and their possibilities to open up as institutions through more interactive and participatory practices. The first “Opening Museums” -workshop took place 5 times during November 2011 together with CAFA City Design Schools Experimental Media Studio students and Studio Director He Hao, in collaboration with Today Art Museum.

In the first part of the workshop we discussed the role of museums, how visitors can take various roles in their way of interacting in museums, and through examples we looked at ways of encouraging participation through technologies as well as presenting design challenges in museum contexts. In the second part we  presented the students with a design challenge; “What could be done to make the museum visitors experience more interactive and participatory?” and asked them to present design consepts adapted to a specific museum context (in this case Today Art Museum). This participatory design workshop can easily be adapted to various context to facilitate brainstorming for ideas to make museums more open for visitors or/and to give designers an overview of digital design practises and challenges in museum environments.

More about the workshop with CAFA and Today Art Museum

In the “21st century San-shin” workshop we worked with a group of 10 young Koreans and explored the theme of San-shin mountain spirits and mountain worship through experiments that took form of site specific installations and performances. The outcome of the workshop was an interactive installation exhibited at the Dukwon gallery in Seoul. This workshop is an example how culture and heritage can be explored through art . The workshop concept could be adapted to various exhibition themes and offered as a participatory activity in a museum environment.

“21st Century San-Shin” was organized as a part of UNESCO funded Standingby 000 program in collaboration with Mizy Center and Loop Gallery. It took place 8 times in July and August 2011 in Seoul and ended with a group exhibition 17.8-27.8.2011in Dukwon Gallery.

The workshops include the three phases; Discover, Understand and Create. Workshops can be of various length and the peace educational objectives can differ depending on the circumstances where and for whom the workshops are organized. Various formats and examples of different Killer Fashion Revolution workshops can be found at: www.killerfashionrevolution.com

We can facilitate a number of video and editing workshops of various formats, ranging from 1 day tryouts to 3 day workshops. Linda Kronman has also  recieved the training to arrange “theoneminuteJR” workshops.

Example: Linda is facilitating a group of youth and a hip-hop teacher to start the CKC-TV in CKC Digital Art Lab in Zoetermer, Netherlands in December 2010.

We have arranged and facilitated a number of stop motion workshop, working with various materials and themes. We believe that making StopMotion movies is a great method to discuss various issues with youth combining doing, talking, learning and team work.

Example: of StopMotion animation workshop at CKC Digital Art Lab in Zoetermer, Netherlands in December 2010. This was a hop on hop of workshop where kids where working with the technique from 5 min to 1 h.

The electronic workshops consist of working with sensors and actuators in combination with the Arduino platform. In different modules we create wearable prototypes, design circuits, make our own sensors or hack toys and other gadgets.

Example: Andreas and Tyler developed the Vjacket together with interns at Patching Zone. 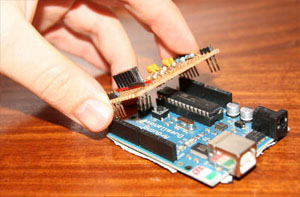 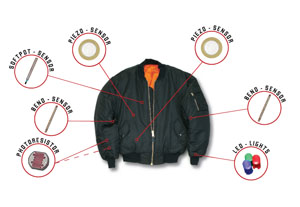 After a short introduction in pinhole photography and a showcase of different camera types participants start making their own cameras and hang them in the city to create stunning long time exposure photographs.

Example: Andreas arranged a hop-on hop-of pinhole camera workshop at MAKER FAIRE, Austin/Texas. USA in 2007. In the image a long exposure image from Graz made with a pinhole camera. 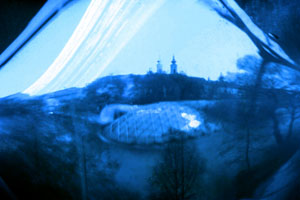